Every February, the U.S. celebrates Black History Month to recognize the active role, triumphs, and sacrifices of African Americans in our Country’s history.

This year’s theme, Black Health, and Wellness pays homage to medical scholars and health care providers. Springboard is highlighting the contributions of Black leaders in the field of Mental Health.

The theme is especially timely as we enter the third year of the COVID-19 pandemic, which has disproportionately affected minority communities and placed unique burdens on Black health care professionals.

Basic Facts about Black History Month
Black History Month was declared by President Gerald Ford as a month-long celebration during the country’s 1976 bicentennial. Ford called upon Americans to “seize the opportunity to honor the too-often neglected accomplishments of Black Americans in every area of endeavor throughout our history,” History.com reports. 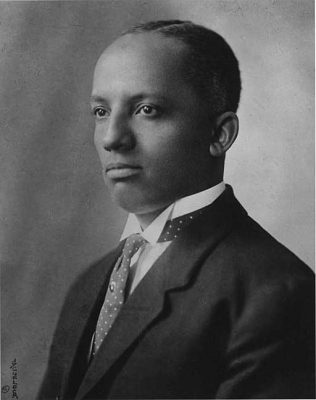 The real driving force behind Black History Month was Carter G. Woodson, (pictured above) the “father of Black History.” Woodson attended Berea College, University of Chicago, and Harvard University. He was an incredible scholar and historian who saw the need to inform and broaden the nation’s consciousness of African American’s role in our history and all aspects of society and culture.

In addition to Woodson, another advocate of Black History Month was Richard Robert Wright Sr. a former enslaved person, a graduate of the University of Pennsylvania’s Wharton School of Business, founder of the first Black-owned Northern Bank, and President of Savanah State University in Georgia, which he established, for 30 years. He was driven to make February 1st known as National Day of Freedom in honor of President Lincoln’s historic signing of the 13th Amendment to abolish slavery.

Thanks to his persistence, President Truman signed into law – February 1st as National Freedom Day.  Later it was designated as Black History Day which expanded into Black History Week thanks to Carter G. Woodson.

February was chosen primarily because Abraham Lincoln and Frederick Douglass, a prominent leader in the abolitionist movement, have birthdays during the second week of the month. It was also selected because President Lincoln signed the 13th Amendment to abolish slavery on February 1, 1865.