Martin Luther King Jr. famously claimed that health inequity “is the most shocking and the most inhumane” of all forms of inequality. Dr. King also understood what our experiences and research has shown over and over. The negative effects of racism on mental health are profound and there are major inequities in the services available for minority communities.

Dr. King gave a speech at the American Psychological Association Convention in Washington, DC in 1967. He called on the audience to focus their profession on addressing racism as the central issue in American society and address the crisis of the harmful health impact of racism across generations.

Throughout his life, Dr. King struggled with depression especially towards the end of his life as he faced opposition to the War on 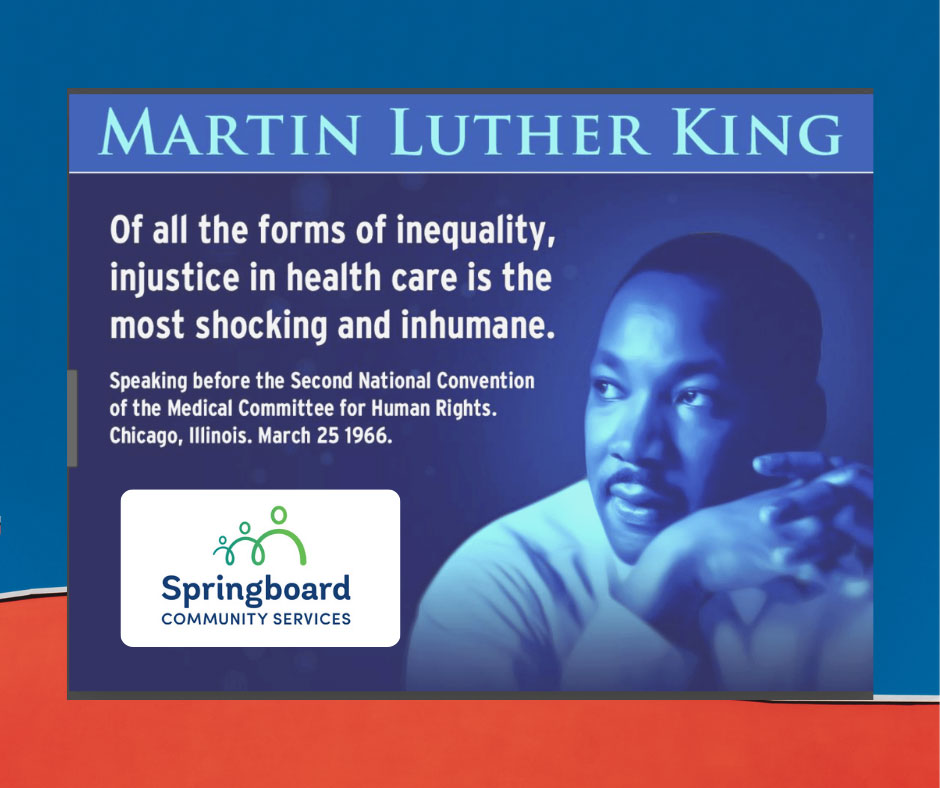 Poverty, addressing income inequality. Many biographers note that he faced alienation from longtime supporters as he took on this challenge. What is remarkable in looking at Dr. King’s life is that he was able to embrace his own personal mental health challenges and understand that they were interwoven with the struggles of the Civil Rights Movement.

Dr. King was explicit in a sermon on this topic saying “Everybody passionately seeks to be well adjusted…but there are some things in our world to which men of good will must be maladjusted…Human salvation lies in the hands of the creatively maladjusted.” His life and work inspires to face inequality alongside our personal struggles.