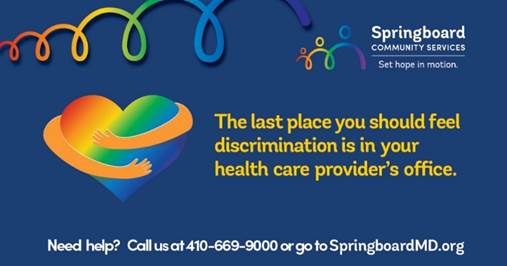 Adverse Childhood Experiences (ACEs) impact all communities, yet studies show that some populations, such as the lesbian, gay, bisexual, transgender, or questioning (LGBTQ+) community, are affected disproportionately.

Springboard is committed to providing quality care to all and making a concerted effort to connect with the LGBTQ+ community.