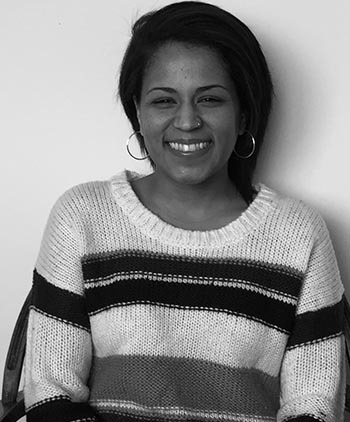 Chelsea Nelson Dorsey has worked for FCS since August 2015 and was initially hired as a Domestic Violence Case Manager and Co-Facilitator for the Violence Intervention Program. Chelsea eventually became the Facilitator for the Violence Intervention Program in Baltimore County and co-facilitator in Carroll County. In July 2018, Chelsea was promoted to the Outreach and Engagement Services Coordinator. Chelsea oversees the Violence Intervention Program, which are state-certified and court-ordered for offenders of intimate partner violence. Chelsea also runs the Outreach and Engagement Services Program, which is designed to educate adolescents on healthy relationships and dating violence within a group setting and offer crisis intervention services to students identified as being in unhealthy relationships. Prior to joining FCS, Chelsea worked as an Educational Instructor for ARC of Maryland and the Camp Director for Therapeutic Living for Families. Chelsea has volunteered with several organizations across the state of Maryland, including The Children’s Home at Johns Hopkins, Pimlico Elementary and Middle School, The Alzheimer’s Association, and Mosaic Christian Church. Chelsea is a graduate of Towson University, receiving her B.S. in Family and Children’s Studies – Services to Children and Youth and certification in Family Life Education by the National Council of Family Relations. Chelsea loves the students she get to interact with on a daily basis. Seeing the effects of domestic violence on children through the Violence Intervention Program, Chelsea see that the Outreach and Engagement Services Program has the potential to prevent teens from being exposed to unhealthy relationships and repeating the same abusive behaviors. Chelsea believes that the earlier we intervene, the less violent homes become, which means families can be a safe refuge from all the difficulties of society as they were intended to be.