Pride month is currently celebrated each year in the month of June to honor the Stonewall uprising in Manhattan on June 28, 1969. The Stonewall uprising was a tipping point for the Lesbian, Gay, Bisexual, Transgender and Queer and Questioning (LGBTQ+) Liberation Movement in the United States. 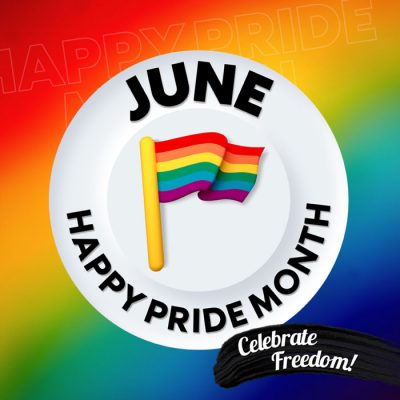 Throughout the month celebrations including pride parades, picnics, parties, workshops, symposia and concerts, and LGBTQ+ Pride Month events attract millions of participants around the world. The purpose of the commemorative month is to recognize the impact that lesbian, gay, bisexual, and transgender individuals have had on history locally, nationally, and internationally.

Pride month by the numbers

1 in 8 – the number of LGBTQ people who have experienced unequal treatment from healthcare staff.

46% – the percentage of lesbian, gay, and bisexual people who are open about their sexual orientation with their family.

4.1% – the estimated percentage of women who identify as LGBT.

350,000 – the number of people in the LGBTQ community that are transgender women.

1 in 5 – the number of LGBTQ women living in poverty.

43% – the percentage of LGBTQ employees who haven’t revealed their orientation at work.

50% – the percentage of LGBTQ workers who recently got federal protection from discrimination.

10% – the amount of time LGBT workers spend hiding their identities.